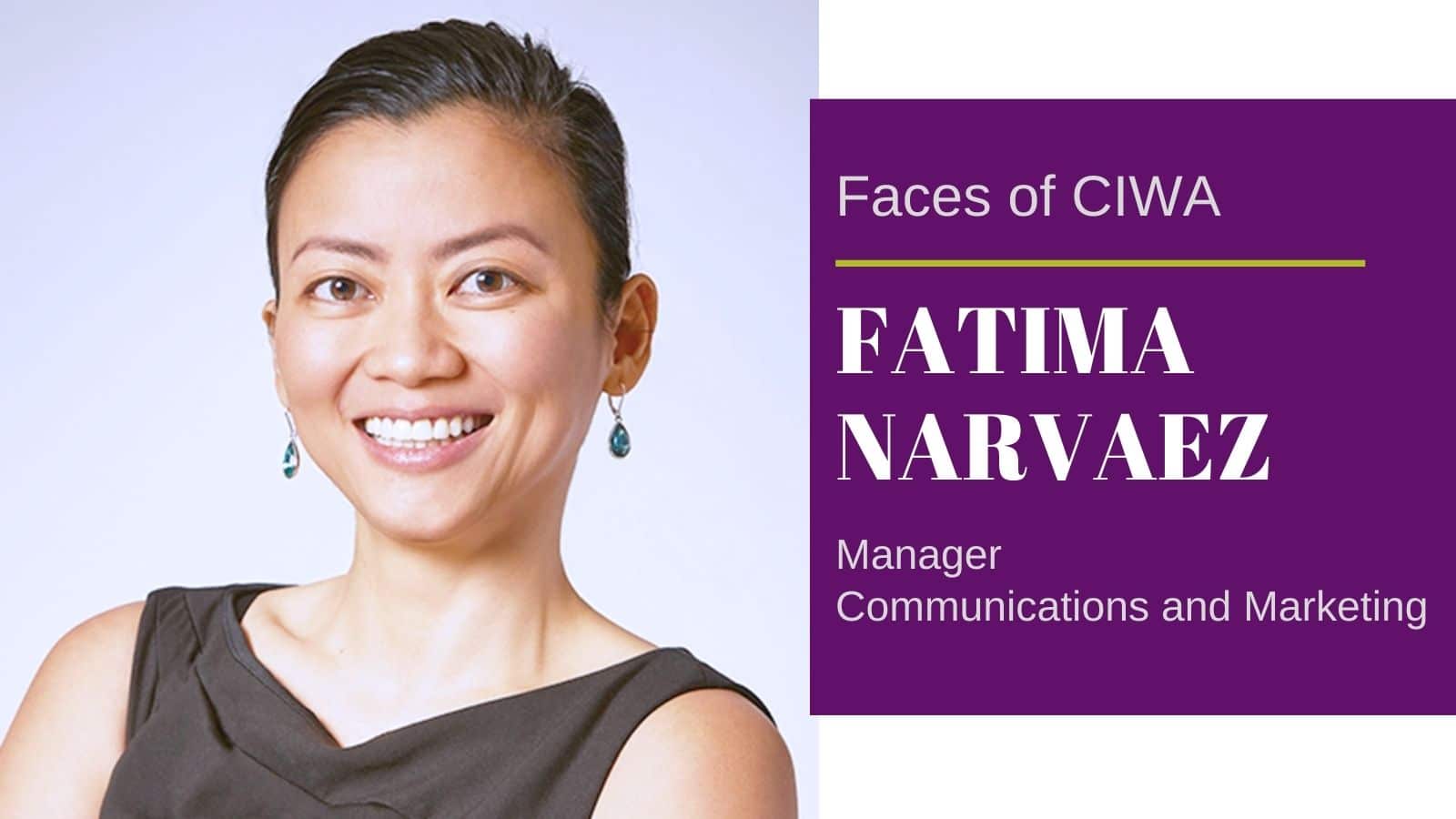 Fatima started her journey with CIWA in 2016 as the Coordinator of the Filipino Community Development Program. In her role, she supported Filipinos who were reunifying with their families after years of separation. After more than two years, she transitioned to the role of Project Lead for Health Literacy Partnership, where she learned about the experiences of immigrants embarking on both literacy education and learning a second language. In 2019, she supported the Family Services Department as Manager. With that responsibility, she became deeply aware of the intersectionality of gender-based violence in the context of immigration. Currently, she helps promote the agency as the Manager of Communications and Marketing.

Fatima settled in a small town in Manitoba in 2006, following her mother’s lead as she pursued opportunities to provide a better quality of life for the family. The decision for Fatima to leave the Philippines at the time was a difficult one. Getting used to a new life in Canada created mental health challenges during the first few years. In 2012, she moved west to Calgary, where she discovered mountaineering that sparked her healing process.

“I feel that newcomers in Calgary are fortunate to have the opportunity to access CIWA. I can imagine that my own settlement transition as a newcomer could have been less turbulent had I been able to access CIWA.”

CIWA’s gender-focused mandate allows the services to dive deep into addressing the specific needs and challenges unique to women and girls. This approach helped open Fatima’s eyes to the obstacles that women face as they uproot and rebuild their lives for the sake of their children.

“I have gained profound respect for my mother, who left her career behind and pushed our move to Canada. My appreciation has grown for the those who have persevered through the many layers of challenges that accompany immigrating here.”

Fatima has observed the remarkable development of many who have accessed CIWA. She believes that she has grown significantly personally, both in her career and as a woman. She thanks CIWA’s professional support and the direction from people in the agency.

Fatima’s native tongue is Tagalog. Outside of work, she dreams about alpine and adding to the five 11,000ers she has summitted over the past two years. As a beneficiary and advocate of mountaineering, she believes that the mountains can be cathartic. Mountaineering pursuits provide challenges and opportunities for learning and growth that parallel everyday life.